How to Earn Money Working Online

May 28, 2015 Peter Economics, Education, Getting Started

How to Earn Money Working Online…

is something many people want to do and it’s a great way to make a living. However it takes dedication and commitment before it can be fully realised and unfortunately many give up before they succeed or worst they get taken it by the numerous online scams that are so prevalent on the internet.

With these three things you can and will find success. The Education I will show you where to get shortly. Time is something you need to create for yourself.

In the early 1700′s, prior to the revolution, France was in financial trouble the country had run up massive debts from the ongoing wars they had with the British. They needed money… desperately.

John Law, an economist (the first central banker in France) had a grand idea on how to ‘save’ the French economy. Stocks were a new trend and his idea was to turn, a large area of land, the French Government had recently acquired (the Mississippi territory in the U.S.A) into a public company and sell the shares for a profit.

Shares for parcels of land were sold to the public, financed by the government at lower-than-market rates. Shares could be purchased with a very low deposit on time payments and as the shares were easy to buy, the demand for them went up as did the price, resulting in one of the fastest growing stocks the French would ever see.

The share price went from the initial 500 ‘Livres’ per share to an extraordinarily stunning 15,000 per share, in just two years. The venture quickly became an extremely popular way to get-rich-quick as the stock price continued to escalate.

What resulted was the fastest, most exponential market bubbles the world had ever seen. (Exceeding that of the Tulip Mania of the 1630’s) Little did buyers know, the land in question was basically a swamp and because it was so far away, no one could see what they were actually getting.

Not that any of that mattered as the share price was continuing its ascent to the stars. By 1720 the ‘Mississippi Land Bubble‘ had reached its peak before the stock price crashed more than 90% and eventually to be rendered worthless, causing devastating financial ruination for many.

“This is one of the classic examples of ‘political manipulation’, engineered by a central banker and one of the first major financial bubbles in modern history.  – Yet, 300 years later, John Law’s theories ironically live on, as the main conceptual components of modern day Government monetary policy”.

England had a similar ‘bubble‘ when it turned its Government monopoly (created in 1711) on trade via the South Sea Company into public stock, to pay off its debts from the same war the French had with them.

The Company stock rose massively in value due to the financing offered at lower-than-market rates by the government. By 1720 it also peaked, before collapsing to a little above its original flotation price, leaving widespread financial ruin in its wake. 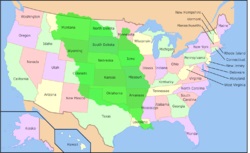 Not to be out done, the U.S. Government had its own land ‘bubble’ in the early 1800’s. It began with its efforts to get people to populate the newly acquired Midwest, (known as the ‘Louisiana Purchase‘ – the largest territorial gain in U.S history, purchased from the French in 1803)

Also fuelled by the unrestrained issuing of loans and paper money it quickly turned into the greatest real estate bubble in U.S. history.

By the early 1840’s most of the Midwest real estate had fallen by over 90% along with the real estate values in cities like Chicago. Bankers began calling in loans and the ensuing financial panic led to widespread bankruptcies and mass unemployment.

Then came the creation of the U.S. Federal Reserve on December 23, 1913 that was supposed to minimize the extreme volatility of the economy as had occurred during those previous depressions. 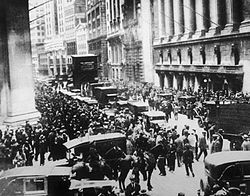 The Great Depression of the 1930’s started with the stock market crash of October 1929.

Industrial production fell by nearly 45% and the income of the average American family was reduced by 40%. Around 13 million people became unemployed.

Over one million families lost their farms. 273,000 families were evicted from their homes and two million homeless people were migrating around the country looking for work.

The U.S government even introduced the Mexican Repatriation program in which thousands, including some U.S. citizens, were deported against their will. (Because illegal immigration was thought partly to blame for the country’s woes…??)

Now almost a near-century later, after years of stimulus, lower interest rate policies, and short memories, we are surprised by another financial crisis??

It resulted from endless debt growth, central banks creating financial bubbles through unprecedented lending policies and even greater, Government intervention into the economy.

This was no Accident…

Real estate is usually financed largely by mortgages, and mortgage rates are priced with a risk premium but when the government manipulates interest rates and makes financing for real estate (or stocks) attractive and easier to acquire then this additional buying power results in these asset classes climbing artificially higher in value, creating inflationary bubbles that ultimately burst, as we saw in, 1720, 1836, 1893, 1929, 2008 and perhaps again in 2018?.

Ray Steven sums up the current situation in this song: Obama Money

Never had a Chance

When these political entities constantly stimulate the economy at every market correction, the economic system never has a chance to re-balance. All we get are bigger bubbles, greater recessions and greater financial crises as the Government scramble to re-balance the debt which just creates an even larger financial bubble that is then pushed further up the road.

These governments don’t concern themselves with paying down their current debts in a sound and responsible way. They instead manipulate the market to create an even bigger artificial bubble for their own advantage and they also manipulate the truth as to it’s real cause. Yet any cursory glance at our economic history, lays the blame squarely at their doorstep.

“It’s political manipulation at its finest, and it takes a government buying massive amounts of debt with money created from thin air to stave off another economic collapse and financial devastation.”

But until recently, these bubbles were never orchestrated on a global scale. Now, the greatest market manipulation in all of history has been globally coordinated by the world’s central banks that have gone wild with endless money printing to keep the bubble, that started in the mid-1990’s from bursting. What’s more, that bubble was already out of control due to decades of manipulation prior.

To make it worse, your own Government has consistently ignored the consequences of this behavior or any attempt to stop the bubble from fully bursting.

They don’t want to be the bearers of the bad news. They instead want to play the game a little longer, line their own pockets, and continue their power games at your future financial expense.

It is no longer a Government of the people, by the people, for the people. That’s been over for a long time. You no longer live in a free market, democracy. Instead your rights have being eroded away and they continue to be each and every day as you are manipulated via misinformation, smoke & mirrors and outright lies.

Now is the Time 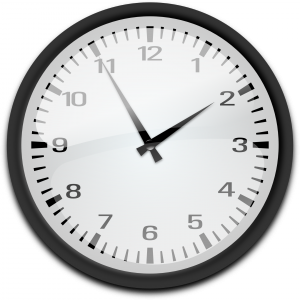 Now is the time to take back control of your life. Not with protests, or with marches or civil disobedience. Just educate yourself about how to make money online so you can control your own destiny.

So you don’t need a Government hand-out, or a government created job, or government sponsored income. Create your own independence, take back your freedom, build your own online business and make a better life.

The internet is one of the few places that the Government does yet not fully control, it still has a spark of independence and the free market ideals are still alive and the opportunities to earn a great income are everywhere. But you need to know how to take advantage of them – without being scammed.

“Hopefully you now have the motivation to get the education you need”.

That’s why getting an education is important so that you will know how to take advantage of the money making opportunities that exist. So you know how to avoid the scams. There is no better place that Wealthy Affiliate to learn the skills you need to make a living online.

Wealthy Affiliates is a straightforward, honest, down-to-earth membership program, created by online marketers for online marketers and it won’t cost you a fortune nor have you continuously buying ‘upgrades’ and ‘extras’ like many other programs.

In fact you can begin for free and stay a free member for as long as you like. It’s well worth a few minutes of your time to explore this awesome community further.

Many people have questions about what is the best affiliate marketing programs for beginners and fortunately I have a recommendation for you. Take this program for a test run for free, try it before you buy it.

Take action and learn how to make money as an affiliate marketer. Get an online education. Get started with Wealthy Affiliate and take advantage of the best online internet marketing course you can start for free right now! and learn how to work at home and make money. 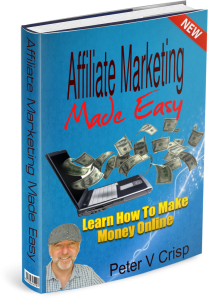 Take a look around and review other pages and posts while you are here and why not grab a copy of my Ebook Affiliate Marketing Made Easy while you are on this page.

If you enjoyed this article “How to Earn Money Working Online” please feel free to socially share and leave a comment below.

And if you do I will reward you with a free PDF copy of my book; Affiliate Marketing Made Easy.

“So, what are you waiting for? Accept my bribe and socially share and leave a comment below.

Oh… and if you want to get access to over 300+ “How to” videos about how to succeed as an internet marketer, then you may want to check this out;