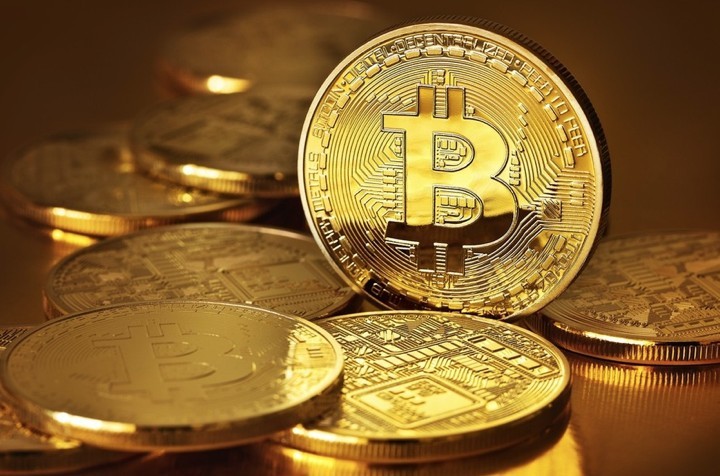 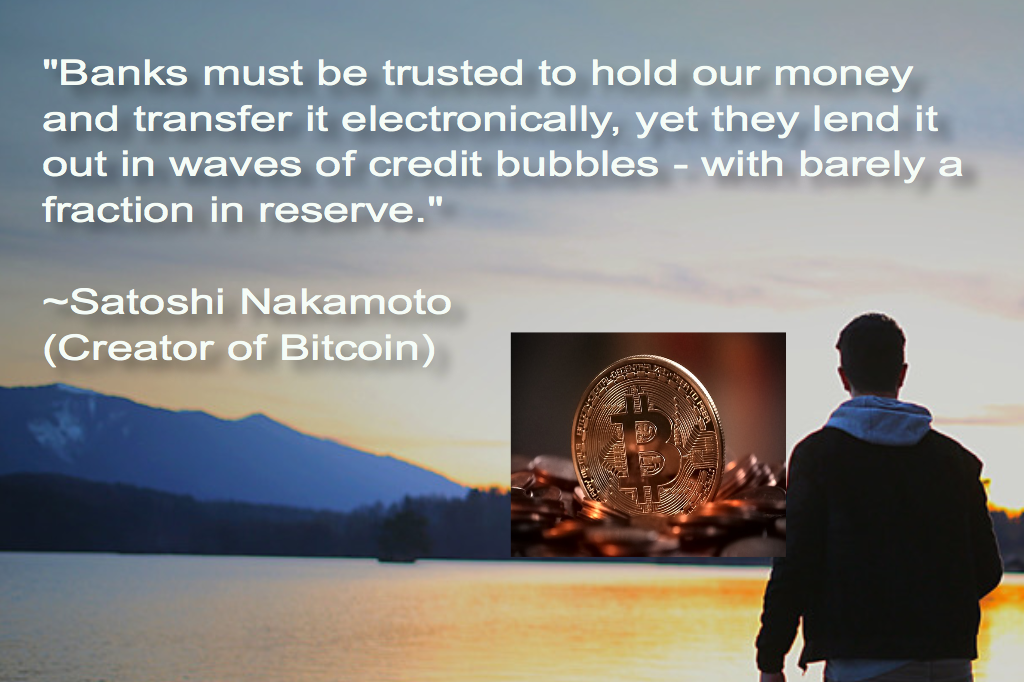 These types of blockchain transactions are fast, secure and global. Transactions are actioned immediately in the network and are confirmed within minutes. Since the transactions are managed by a global network of tens of thousands of computers, your physical location is not relevant. It is possible for you to transact with someone in your immediate vicinity, or living on the other side of the world. 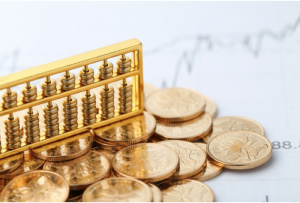 You have more control over your account and your financial affairs. That’s totally secure due to the decentralized network of peers which keeps a consensus on account balances and the transactions made.

Compared to a traditional bank account, which is controlled by people you don’t see and governed by rules you don’t even know exist. Plus the fact that your typical bank account can be frozen and your money seized by any government at any time.

The ability to make anonymous transactions using cryptocurrency is especially appealing to anyone wishing to preserve their privacy and it also gives everyday people the ability to store wealth online. In a way, that your money is ‘close’ enough to you – but far enough away from the greedy hands of any government or its agents, because in essence, its invisible to them.

Apart from Bitcoin being the first ever decentralized peer-to-peer network that is powered by its users without requiring any central authority.  It is the pioneer of the Blockchain Technology that made digital money possible and is the gold standard in the cryptocurrency network.

Thanks to this blockchain technology, you have ultimate control over your money and your transactions are safe and very secure without any unnecessary costs on monetary transactions and you have the advantage if you are a seller, that these transactions are impossible to be tracked or reversed.

Your transactions are practically immune from any influence of your government and its  manipulation. So, it is possible to be able to pay and receive money anywhere in the world at any given time. The transaction is done with minimum processing fees, thus preventing users having to pay extra charges from banks or other financial institutions. Nor are they subject to capital controls or export restrictions (where the government try to control what you can do with your money) 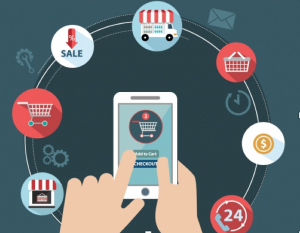 What Can Bitcoin Be Used For?

Bitcoin can be spent for different purposes and all transactions are completed securely online. There are at least three different transactions that can be performed when using cryptocurrency:

Bitcoin can be used to buy other cryptocurrencies and for trading which can be very profitable for both professionals and beginners. The market is new, where arbitrage and margin trading is widely available. The currency’s high volatility has also played a major role in bringing new investors to the trading market.

You can use Bitcoin to purchase almost anything! From buying cars to travelling the world. The number of merchants accepting Bitcoin exceeds 150,000 and includes firms like. PayPal, Mircosoft and Dell

Cryptocurrency also provides the chance for you to make personal financial investments. How? By crowd funding. You are able to be part of someone’s success story by investing directly in a crypto crowd funding project.

Over the years Bitcoin’s value has risen tremendously from almost zero to over $5000 per bitcoin to date. Its transaction volume has also reached 250,000 daily transactions.

One major advantage of Bitcoins is that it is impossible to counterfeit or inflate. The reason being there are only 21 million Bitcoins created for mining and at current mining rates, it is predicted it will take until 2140, before all the Bitcoins will be mined.

Another prominent advantage of Cryptocurrency is the risks are much lower than using traditional currencies. Most people rarely carry much cash with them, instead, they have credit cards, debit cards and other payment cards available as their perferred method of payment. 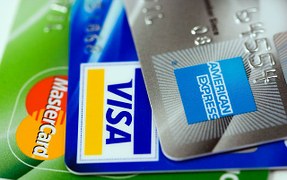 Nothing’s wrong with that, except that the thing about these cards is that any purchase you are making, you are giving the end-receiver, access to your entire credit line and private information.

No matter how small the amount of the transaction you have a security breach as a third party has access to all your private information.

Now mostly this ‘breach’ is considered safe because of measures like ‘PIN enabled’ or ‘Pay wave’ methods and charge backs etc, but it still relies on trust. The store or entity initiating the payment does so by ‘pulling’ the designated amount from your account after reviewing the information provided via your card, which is a lot!

Cryptocurrency doesn’t work that way. There is ‘No Third-Party Involvement’. Instead of  ‘pulling’, it ‘pushes’ the amount thats needed to be paid or received, to the other party, without any personal /private/ credit information being required or accessed.

With blockchain the payments are possible without your personal information being tied back to you for the transaction to occur. Your account information is encrypted to ensure the safety of your money and your privacy. It doesn’t rely on ‘trusting’ any third party to not misapporprate your information.

You probably now have an idea on how Bitcoin works and why it is currently trending. The market of cryptocurrency constantly fluctuates and nearly every day new cryptocurrencies emerge and some might even disappear. Some investors will get lucky and some may lose their initial investment.

Yes, the cryptocurrency market is unpredictable and posses risks for would be investors. But many experts are predicting that Bitcoin is here to stay and it is already making an impact in the world of finance. 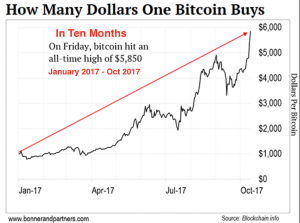 Many institutional investors are now investigating the potential purchase of Bitcoin, which will no doubt lead to a massive upswing in its price. Banks and governments are also starting to acknowledge the potential that cryptocurrency and the Blockchain technology holds.

There are already a lot of people buying Bitcoin in preparation against the devaluation of paper backed ‘fiat’ currency.

In Asia especially, the Bitcoin market is flourishing. (Despite recent attempts in China to shut it down [Sept 2017] which temporally saw the price fall, only to recover and break new price levels – see graph above). Instead more and more companies are seeing the effectiveness of the blockchain technology which is rapidly gaining acceptance for its powerful security network.

Cryptocurrency is definitely an investment vehicle worth looking out for. It is no doubt growing in use and acceptance and one day soon, it may emerge as the currency of the future!

To learn more about how to buy Bitcoin with cash or, Credit Card, PayPal, Bank Transfer, or any other payment methodology and currency you desire (well almost). I step you through the process and show you how to open accounts and which ones to use that give you the most freedom and flexibility. Visit my post ‘How to Buy Bitcoin with Cash‘

To learn more about the many other types of Cryptocurrencies that are available and why they may be a good way to protect yourself from the wealth-destroying policies of governments and central bankers. Also with more than 1000 different Cryptocurrencies now available, finding the ‘right‘ ones can be a daunting experience. You may like to visit my post  ‘What is a Cryptocurrency’ 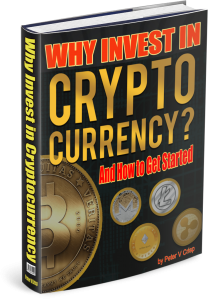 If you enjoyed this article “What is Bitcoin About?” please feel free to socially share and leave a comment below. 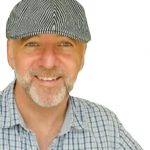 “And if you do I will reward you with a free copy of my book; “Why Invest in Cryptocurrency? And How to Get Started” Which is packed with a lot more detail and information that will get you very excited about the future of cryptocurrencies and shows you how to start investing.