Who Wants be Millionaire

March 21, 2017 Peter Getting Started, PLR, Review
Who Wants to Be a Millionaire?

There are roughly 36 million millionaires in the world. That means if you meet someone from the global population, there’s a 1 in 200 chance that they could be a millionaire, which makes for surprisingly good odds.

Most Millionaires have their own businesses. Starting your own business is a dream for many people and the reasons to do so are many and varied, but often it’s about money. Without your own business, and short of winning the lottery, making a million dollars may be an impossible dream.

Money may not buy happiness, but it does buy the ultimate flexibility for making financial and lifestyle decisions.

For many of the world’s millionaires, money means freedom and it provides a highly effective means to escape their home country when times get tough. They can pack their bags, and move their family and capital to a location that will provide superior opportunities for prosperity and lifestyle.

Millionaires Are Able to Live Anywhere

Millionaires are able to live anywhere they chose and some of them are actually moving. According to a new report by New World Wealth, in 2016, the number of millionaire migrants increased by 28% from the previous year.

In 2016, there where a total of 82,000 millionaire migrants that left for greener pastures.

France tops the list for a second straight year, as rich people dodge conditions that they consider to be adverse. France has rising religious tensions and populism, but it also has a tax system that is not particularly friendly to the ultra rich. The International Business Times calls the ongoing problem a “Millionaire Exodus”.

China and India both continue to have net outflows of millionaires, but two of the more interesting countries on this list are Brazil and Turkey.

But then Brazil continues to be deep in economic crisis, with its worst-ever recession and  recently the country impeached its President in August 2016. The Washington Post describes Turkey as a country that is in a “permanent state of crisis”. a there was the assassination of a Russian ambassador, a currency crisis, an economic crisis, and also an attempted military coup.

Like most people, millionaires don’t like uncertainty but they have the wherewithal to get out of places that have ongoing issues.

In 2016, Australia was the number one destination for millionaire migrants, with the United States and Canada being close behind.

New Zealand had the biggest increase of net inflow, double that of the previous year and significant in terms of overall numbers, given that the total population is less than 4,500,000.  Meanwhile, UAE remained a popular location for the wealthy in the Middle East.

So if You Are Thinking of Becoming a Millionaire

Here are some important statistics to consider:

In other words, it’s not one simple idea or plain old luck that leads to success. But a combination of many things. Self-improvement, mentors, associating with success-minded people and never giving up.

Sounds very much like the community you will find at Wealthy Affiliate.

Why Set up an Online Business? 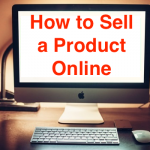 I believe that internet marketing is by far the best way to earn a high income, in the shortest amount of time, with the least amount of risk. The cherry on the top being, you can work when you want and from where you want – all on your own terms.

END_OF_DOCUMENT_TOKEN_TO_BE_REPLACED

78 comments how to start with an online business, how to work online, who wants be millionaire