Why Start an Internet Business 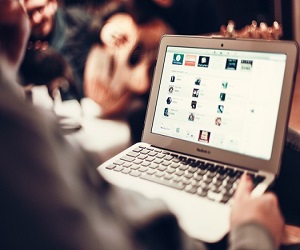 Why have an Online Business?

…Because it’s the best way for you to create a better future for you and your family.

Why start an internet business and why have an online business are indeed important questions many people ask. Its tough to make money online they say. While it is true, it’s only because most lack the skills and knowledge needed to succeed.

Having an online business is something almost anyone can do, provided you get the right education and training.

Why Start an Internet Business? Well, for one thing, if you like the idea of earning money from home, not having to commute to work, not having to report to a boss and like being able to set your own work schedule, then this will interest you.

An Internet Business is something almost everyone should consider, even though lots of people try and many fail. Others may think all a big scam and it’s too late, or too difficult to do. However its still worth pursuing and it’s becoming even more important than ever, to create an additional sources of revenue and an internet business can certainly provide that, and more.

“I’m going to give you some powerful reasons why you should have an online business and they may not be for the reasons you think. Its time to put your future financial security back into your own hands and its easier than you think”

In a previous post I talked about superheroes and how governments don’t like them, or their innovations, because innovation upsets the status quo and the existing ‘business relationships‘ that governments have with ‘established‘ industries. Industries which are forced to employ lobbyists to maintain ‘good relationships‘ with those in power, and all the things that implies.

They Don’t Serve You

The government no longer serves the people, it instead serves its own interests. Whenever politicians talk about ‘national security‘.  It means the security of the nation (themselves, the government), not you.

Not Much Has Changed

You may not realize it, but not much has changed in how society is structured, only the names and roles have changed.

A sad state of affairs I admit, but unfortunately this has existed for a very long time and is not going to change anytime soon. So don’t believe the government when they say they are here to help you.

So, how serious is your government about looking after your best interests. Let’s look at how serious they are at promoting innovation,  lowering costs and improving the lives of its citizens?

The following is a ranking of the top ten most Innovative countries in 2015 – according to the Bloomberg Innovation Index.

“Notice the correlation between ‘spending‘ and ‘ranking’ of the various Governments funding of innovation, as a percentage of GDP”.

If innovation brings such enormous benefits to society in both cost savings and improvements to standards of living. Then the question is …

“Why are governments reluctant to pursue innovation, more vigorously?

Whatever happened to them serving us?

If the answer is not yet obvious, then I will soon provide more information that should leave you in no doubt as to the answer. In the meantime and with your permission, I want to talk a little more about innovation and the benefits it brings to humanity.

Hydroponics (growing plants without soil) has been around for a little while, but a new startup called AeroFarms is taking it one step further with what they call “aeroponics.”

This innovation replaces sunlight with LED lighting and uses a minimal amount of water to spread a mist around the plants. Aerofarm recently acquired an old building in the middle of a city and filled it with 15-foot-high stacks of planters.

No sunlight, no pesticides, no soil and since it’s in the middle of a city, it’ll bring food directly to the consumer and as its locally produced, it means fresher food, and as we know, fresher food is always better.

Not only does growing food locally make it much more affordable, it’s far less environmentally damaging. It radically reduces transportation costs, cuts out the cost of quality soil and farmland and with this approach, the distribution of energy ensures that there’s virtually no waste and it uses 95% less water than regular farming.

The Benefits Are Enormous 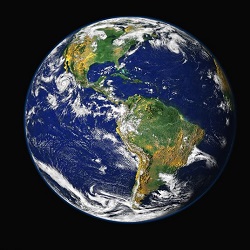 Enormous Benefits for the World

Imagine the impact this type of urban vertical farming technology could have on growing cities around the world.

For example in a place like California where they use 80% of their water for agriculture and have been suffering from water shortages for years.

But what about outside the U.S, in third-world emerging countries, or in rapidly developing countries like China and India where, soil, air, and water pollution are becoming a major problem and other countries where food costs are a large percentage, of peoples living costs.

This type of innovation could be of enormous benefit to society as a whole.

I know that growing plants without soil sounds crazy, but hey, so did flying back in the late 1800s. Time and motivation, like food, water, or land shortage, will allow this technology to prove itself. We already have proof that hydroponics works and ‘aeroponics’ sounds like an even more environmentally friendly concept and its just as viable.

Why is it not being heavily sponsored and promoted by the government? What’s stopping this innovation from further development? The answer; Rules, regulations and laws, as it is with all new technology and innovation.

Governments don’t want to upset the existing ‘business relationships‘ they have with the traditional industries, and you and I, are not a party to those relationships.

“I will say it again; Governments don’t want to upset the existing ‘business relationships’ they have with traditional industries”.

The Government Lies To You;

Despite what you are told by government funded institutions. Entrepreneurs are not the enemies of the people, they instead, actually enhance our lives, improve quality and drive costs and prices down. It’s the government and it’s rules and regulations and its protectionism of existing industries, that drives prices up.

Hard to believe? There are thousands of examples of this – if you researched this yourself, you would see this is all true, instead of believing the B.S that is fed to you from the Government that wants to keep these facts hidden from you.

Take for example Henry Ford. Before the Government got involved in regulating the automotive industry;

Price were going down, value was going up, production technology was advancing.  He also paid the highest wages in the industry – (before the Government and the unions got involved). You know this is also true, for the computer industry. The Memory power of computers has been going up, costs have been coming down and technology has been advancing at an incredible pace. All because there has been NO GOVERNMENT intervention in that industry.

Entrepreneurs are the true benefactors to society as is free market dynamics as they make things cheaper and better as time goes by. That’s what made America great. Individual entrepreneurs pursuing their dreams, free of government interference and their protectionist, rules and regulations.

Entrepreneurs, without government interference, are incredibly valuable and beneficial for all in society. Why? – because they make money from creating values via innovation, solving problems, lowering costs, and improving the lives of their customers and employees.

Rockefeller, Carnegie, Ford, Gates, Jobs, Musk (and thousands of others, you have probably never heard of), are the real heroes and benefactors in society. They are the innovators who have made the world a better place.

But Governments don’t want you to know this!

They instead want to take the credit for the economic growth that comes from these innovations and the entrepreneurs that created them.  So, they blatantly lie about the entrepreneurs true value to the world and the governments non value to the world. They flip the truth and distort the reality, misdirect and misinform the general public in pursuit of votes and power.

What’s the future for innovation – take a look at the video below:

END_OF_DOCUMENT_TOKEN_TO_BE_REPLACED

132 comments Why have an online business, why start an internet business 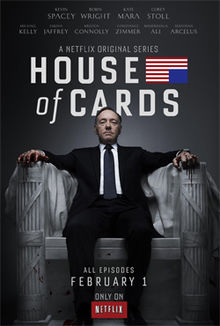 
Frank Underwood, claws his way into the White House by manipulating the press and ruthlessly crushing anyone that gets in his way.